Six years ago July 29th was a strange and broken day for us.
It was very early in the morning when we learned our brother in law my sisters husband had died.
This story has been written and shared on several occasions each time revised a bit for each guest post I had submitted it to.
I continue to tell the story for many reasons.
There are new readers now and for those who don’t know the full story of my sister, pour a cup of coffee or a glass of tea and sit back and read a small part of the story of Mary.
(If you are a reader who has already read this, bear with me as it is shared again.)
I submitted this to Jeff Goins website. http://wreckedthebook.com 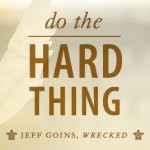 I don’t know when he will actually post it but it should be up sometime in the next few weeks.

February 11th is my sisters birthday.
Every year I wish her happy birthday with a knowing in my heart
it is a miracle we thought would never happen.
In 2006, after I submitted a letter to her doctor she was put on hospice with the diagnosis of death pending.
She had liver failure, hepatitis C, and starvation.

She was wheelchair bound with her 90 pound frame barely fitting the leather seat.
The pictures in her photo album paint a picture of our reality in ways, that words can never do.
Her husband died unexpectedly on July 29th, 2006.
He was her caregiver.
It was a sad and horrible day for us all. Unexpected. Shocking. Numbing.
Our grief was doubled and so intense. We just couldn’t believe it.
My sister who was dying just became a widow.
When I heard the news I knew I could never allow her to die alone.
In the early morning hours my husband and I drove with each of us in our own thoughts in the silence of the car as she slept
with her head pressed against the car window.
Our family room soon would become a resting place for the dying.
A place for a hospital bed and hospice care.
It was a journey none of us would ever want to repeat.
She was drowning in the sea of alcoholism, and like life guards,
we jumped in and saved her.
I don’t know how to swim so it was especially exhausting for me.
Our team was myself, my husband, my older sister and her husband.
It was really hard work for all of us as there were many things to deal with.
We gave round the clock care as her thin body laid on the sheet of the hospital bed.
I slept by her on a cot every night for 6 weeks giving her medications every two hours, so the seizures would calm down along with the hallucinations.
Detoxing the demons out of her daily was more than we could handle at times.
It was an incredibly hard experience, yet in the midst of the difficulty, we did have some comedy relief.
Remembering the middle of the night, when I was SO exhausted to take her outside to smoke.
I gave her one that was unlit as she laid in her bed breaking my rule that no one can smoke in our home.
She smoked the same cigarette for 4 days not ever realizing, it was never lit.
I just leaned over her hospital bed with a dish and said,
“dump your ashes.”
There were none only she never knew it.
I would watch her inhale and exhale pretend smoke. Feeling relieved I did not have to go out in the dark of the night.
The hospice team said it was wonderful. We have all laughed at the image of her, in bed smoking the unlit cigarette.
I was very tired and smoking was not important to me.
In 6 weeks, we tapered her down from the quantity of a fifth of vodka daily to two small 3oz doses, prescribed by her doctor.
Alcohol has to be removed slowly from ones system or the person can become even more ill.
Her doctor was marvelous and knew what he was doing.

He believed in the process, and helped us through many difficult moments.
The hospice team was extremely helpful, and most of all the Chaplain.
He helped us do a memorial service for her husband in our back courtyard as she was too ill to go to any real service.
Day in and day out we took care of her and loved her through
her wrecked life.
We were able to move her out of our home in 7 weeks and into a foster home.
She had learned to eat, walk and gain a bit of weight.
Instead of dying she chose to live.
Six years later she is alcohol free living in an assisted living home and thriving.
She weighs 164 pounds now and slowly her brain is coming back to her.
It is a story of love, sacrifice, hope and sister hood.
It is a story of family.
A journey of life, death, and life again.
It is a story of sisters.
There is so much more to this story I could share and perhaps I will someday as the words come back to me.
We brought her home to die in a safe place.
By loving her, praying for her and giving her hope her life was restored from a wrecked life going no where to a place of healing with a new future.
Each year I am thankful I can wish her happy birthday.
I will always remember the year we almost didn’t.